It is important to keep to the marked track as plants take a long time to grow on the mountain. The soils are fragile and the balance of life can be easily disturbed.

Life In The Tongariro National Park The gift included the summits of Tongariro, Ngauruhoe and Ruapehu. This gift ultimately means the area is now secure, meaning everyone can enjoy the mountains forever.

"Behold, beyond are the fires of these mountains and the lands we have held in trust for you. Take them in your care and cherish them, they are your heritage and the heritage of your children."

All three volcanoes have erupted in recent times. The last confirmed eruption of Tongariro was 1897 at the end of a sequence lasting at least 40 years.

In 1990 the park was recognised as a World Heritage Site for its outstanding natural values.

The volcanoes in particular, are noted for the frequency of eruptions, their highly explosive nature and the high density of volcanic vents.

In 1993, Tongariro National Park became the first place in the world to be listed as a World Heritage Site for the spiritual and cultural values the landscape possesses for the indigenous people in the area. 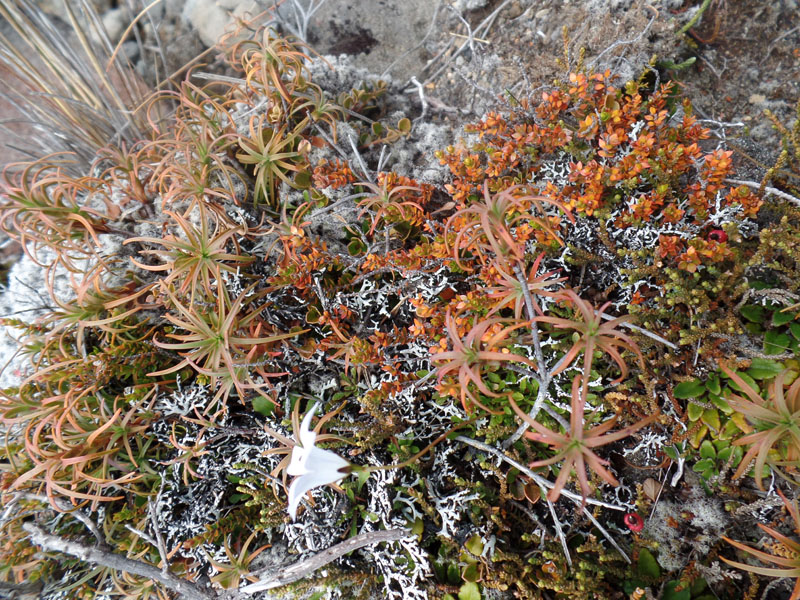 The air and soil temperatures in Tongariro National Park change dramatically with the seasons; the result is a wide variety of habitats.

Anything that lives in the Tongariro National Park must be hardy and well-adapted to life in such an extreme environment.

As well as continually changing air and soil conditions, plant life has to contend with volcanic activity - ash lahars, pumice, lava and fire, which can destroy entire landscapes.

In the event of an eruption, it can take a very long time for plants to re-establish themselves especially if the soil has been covered with lava.

Beech forests once covered the northern slopes of Mt Tongariro, but the result of multiple eruptions and subsequent fires, means only red tussock and small shrubs survive on the upper slopes while the low level forest is made up of Totara trees.

In damper areas on the northern slopes of the mountain, above Ketetahi, you can find mountain buttercups and the large mountain daises in summer.

A native bird species called pipit nests in the tussocks. They are often seen looking for cicadas and grasshoppers as prey. In the forest, also on the northern slopes of the mountain you may see a north island robin. 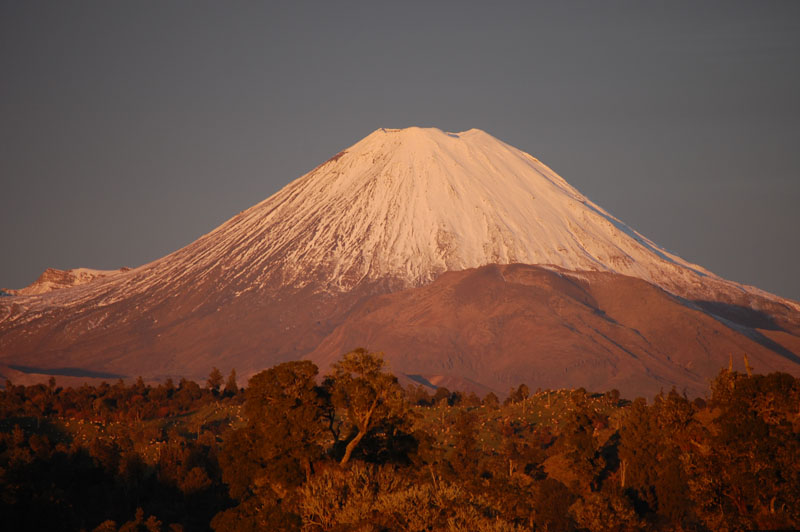 The Tongariro land mass was formed by a multitude of eruptions from at least six different cones which all share the same alignment.

The oldest lava started flowing about 275,000 years ago, near what is now the Tama Lakes on the southern flanks of Mt Ngauruhoe.

The eruptions continued for the next 200,000 years until the Ice Age. As the ice retreated, it carved out valleys clearly visible in the lower Mangatepopo and Oturere valleys.

Red Crater and Mt Ngauruhoe are the most recently formed features on the Tongariro Alpine Crossing.

Red Crater was formed about 3000 years ago. It lies within a scoria cone which rests on top of the older Tongariro lava flows. The red colour is due to the presence of oxidised iron in the rock.

The most recent confirmed volcanic activity from Red Crater was reported between 1855 and 1890. The dike on the Southern Wall has been exposed by erosion. Lava would have flowed through this dike and poured into the Oturere Valley.

Mt Ngauruhoe is the youngest volcano in the area having begun to form about 2,500 years ago. It is the most active vent in the Tongariro area with its last eruption recorded in 1975.

The most recent flows from Mt Ngauruhoe are easily visible on the way to South Crater. 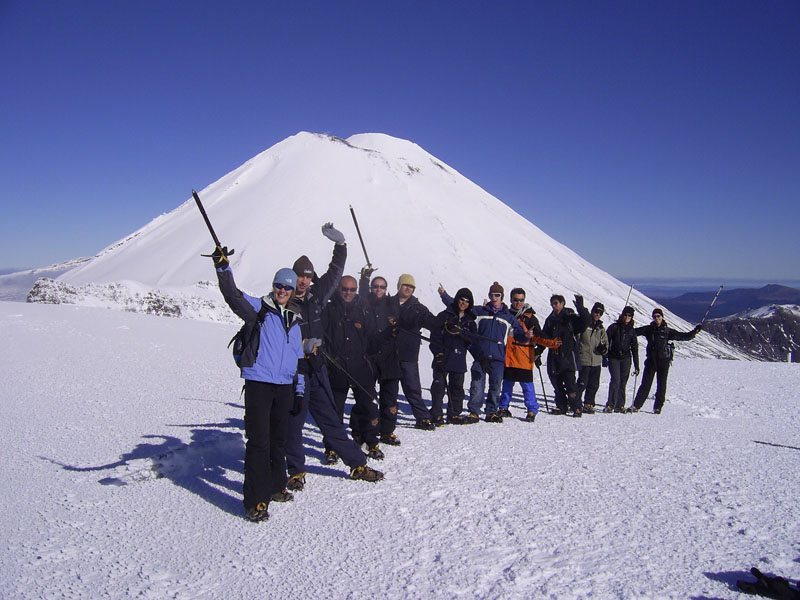 If you are experienced in hiking with crampons and ice axe and in alpine terrain, you can trek the Tongariro Alpine Crossing during the winter months. Without alpine experience, a guided trip is recommended.

Weather on the Tongariro Alpine Crossing is subject to severe alpine condition and can be extreme, particularly on the Red Crater ridge. You can expect snow, ice and strong winds.

Weather forecasts are used as an initial guide. Your guide will make trek decisions based on the actual condition on the day.

All those attempting the Tongariro Alpine Crossing with or without a guide must be of good helath and medium fitness. Guides expect you to sign a form stating this.

Medical conditions including epilepsy, blood pressure complications, heart problems and chronic asthma may prevent you from joining the group.

What You Need To Bring

" Just hang on up here mate — she gets a bit bumpy aye.. " Barry Crump